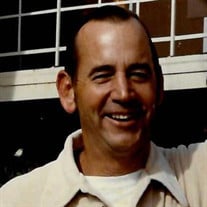 Doctor Robert Meyer Boulet, 86, died peacefully in his home on March 20, 2021 surrounded by family members. Bobby was born on July 26, 1934 to Dr. Irwin and Ruth (Meyer) Boulet in New Orleans. He was a graduate of Larose High School, Tulane University and Tulane Medical School. After completing his residency at Touro Infirmary, Dr. Boulet worked locally at Our Lady of the Sea Hospital before opening his medical practice across from his parents’ home. Doctor Boulet served many people along Bayou Lafourche during the years working as a general practioner. His generosity extended beyond his office often making house calls, accepting after hours appointments, and he often treated people who could not afford to pay for his services. Even after his retirement, patients sought him out and would come to his home to be treated on his porch. His ability to speak Cajun French gave a special connection with older residents along Bayou Lafourche which were not always trusting of white coats. He was a great diagnostician of ailments and conditions and shared his knowledge with family, friends, and patients seeking advice on countless topics. Bobby and wife Eugenie “Ann”, met in high school and married in 1958 and had five children all of whom survived him: Clayton, Keith (Roland), Leonard “Lenny”, Patricia (Kim) and Beth. He is also survived by his two grandchildren Maureen and Samuel. He was preceded in death by his loving wife, Ann, of 49 years; sisters Katherine Boulet Favrot and Ruth Boulet McCarthy, and brother Irwin James “Jimmy” Boulet, Jr.; son Kenneth Lee, and numerous nieces and nephews. Doctor Boulet was the official team doctor for the South Lafourche Tarpon Football team for many years and enjoyed the excitement on the sidelines while at the same time keeping the players in the game the best he could. He had many hobbies early on often bragged of his bountiful crops that he grew to two different gardens. He liked to give some of the produce he grew to the neighbors, and made sure there were always fresh vegetables on our dinner table. He also loved dancing the jitterbug. In addition, he was known for his unique sense of humor and could always be counted on for a good laugh. And he loved to eat!! “Doc” loved duck hunting at Little Lake and trout fishing in the Gulf of Mexico out of Fourchon. Summer months were filled with many successful floundering excursions as well. Bobby also loved animals, watching sports on TV, and used to attend Saints games and Tulane basketball games. He was a competitor himself playing recreational basketball with a team of friends called the Pirates and played tennis until the age of 50! Many are not aware that he was a lay minister in the local Presbyterian Church. He was a natural at preaching scripture from the Bible, leading his congregation in prayer, and playing the organ while singing with his beautiful voice all at the same time. He always kept God first in his life. A “celebration of life” memorial service will be held in his honor at a later date. A special thanks to St. Joseph Hospice, and to Tamara Foret and Peggy Zeringue for their years of devotion to taking care of our father. Samart-Mothe Funeral Home is in charge of arrangements.

Doctor Robert Meyer Boulet, 86, died peacefully in his home on March 20, 2021 surrounded by family members. Bobby was born on July 26, 1934 to Dr. Irwin and Ruth (Meyer) Boulet in New Orleans. He was a graduate of Larose High School, Tulane... View Obituary & Service Information

The family of Doctor Robert Meyer Boulet created this Life Tributes page to make it easy to share your memories.

Doctor Robert Meyer Boulet, 86, died peacefully in his home on...

Send flowers to the Boulet family.