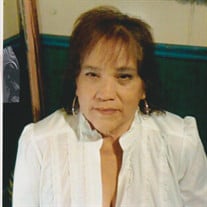 Maria S. Bermudez, 67, a native of Brownsville, TX and resident of Cut Off, LA passed away on Saturday, November 14, 2020. A visitation will be held at Samart-Mothe Funeral Home in Cut Off on Thursday, November 19, 2020 from 11:00 am until... View Obituary & Service Information

The family of Mrs. Maria S. Bermudez created this Life Tributes page to make it easy to share your memories.

Maria S. Bermudez, 67, a native of Brownsville, TX and resident...

Send flowers to the Bermudez family.