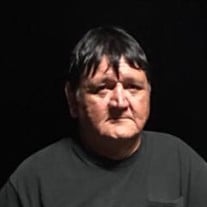 Daniel Paul Lee, Sr., a native and resident of Golden Meadow, La. passed away Sunday September 30, 2018. Visitation will be Monday, October 8, 2018 from 8:00 am until service time at Samart-Mothe Funeral Home. Funeral Services will be held... View Obituary & Service Information

The family of Daniel Paul Lee Sr created this Life Tributes page to make it easy to share your memories.