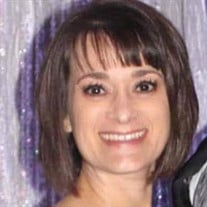 Dana B. Bourgeois, 45 a native of Larose, and resident of Cut Off, passed away on Wednesday, October 2, 2019 with her loving family at her side. Visitation will be on Tuesday October 8, 2019 at Sacred Heart Catholic Church from 9:00am until... View Obituary & Service Information

The family of Mrs. Dana B. Bourgeois created this Life Tributes page to make it easy to share your memories.

Dana B. Bourgeois, 45 a native of Larose, and resident of Cut...

Send flowers to the Bourgeois family.