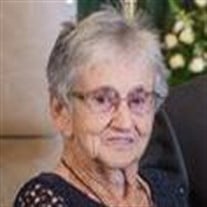 Adele Guidry Curole, 95, a native and resident of Galliano passed away on Thursday, April 4, 2019. Visitation will be held at St. Joseph Catholic Church on Tuesday, April 9th from 9:00 a.m. until funeral time. A Mass of Christian Burial will... View Obituary & Service Information

The family of Mrs. Adele Marie Curole created this Life Tributes page to make it easy to share your memories.

Adele Guidry Curole, 95, a native and resident of Galliano passed...

Send flowers to the Curole family.